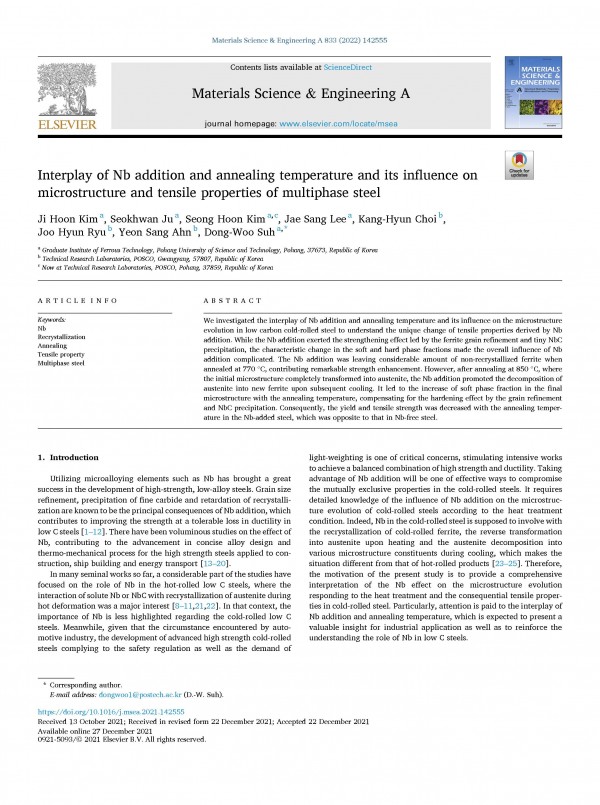 We investigated the interplay of Nb addition and annealing temperature and its influence on the microstructure evolution in low carbon cold-rolled steel to understand the unique change of tensile properties derived by Nb addition. While the Nb addition exerted the strengthening effect led by the ferrite grain refinement and tiny NbC precipitation, the characteristic change in the soft and hard phase fractions made the overall influence of Nb addition complicated. The Nb addition was leaving considerable amount of non-recrystallized ferrite when annealed at 770 °C, contributing remarkable strength enhancement. However, after annealing at 850 °C, where the initial microstructure completely transformed into austenite, the Nb addition promoted the decomposition of austenite into new ferrite upon subsequent cooling. It led to the increase of soft phase fraction in the final microstructure with the annealing temperature, compensating for the hardening effect by the grain refinement and NbC precipitation. Consequently, the yield and tensile strength was decreased with the annealing temperature in the Nb-added steel, which was opposite to that in Nb-free steel.