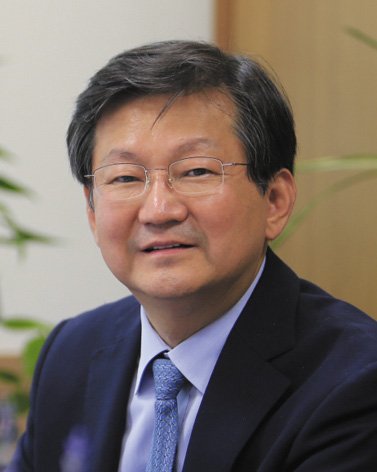 Dean Chong Soo Lee was elected as the 46th president of the Korean Institute of Metals and Materials to a one year term in KIM regular general meeting held at Daejeon Convention Center on Oct. 29th 2015.

The Korean Institute of Metals and Materials, founded in 1946, boasts a long history and a deep rooted tradition, and has been leading scientific and industrial development related to metals and materials in Korea from its foundation.

The Korean Institute of Metals and Materials consists of about 15,000 members from the industries, universities, research institutes related to metals and materials, and performs an active exploit in the field of materials. All three scientific journals (MMI, EML, KJMM), published by KIM, are listed in SCI. Among others, Electronic Materials Letters (EML) is one of the most influential scientific journal at home and abroad, and it marked 3.977 IF (impact factor) in 2014.