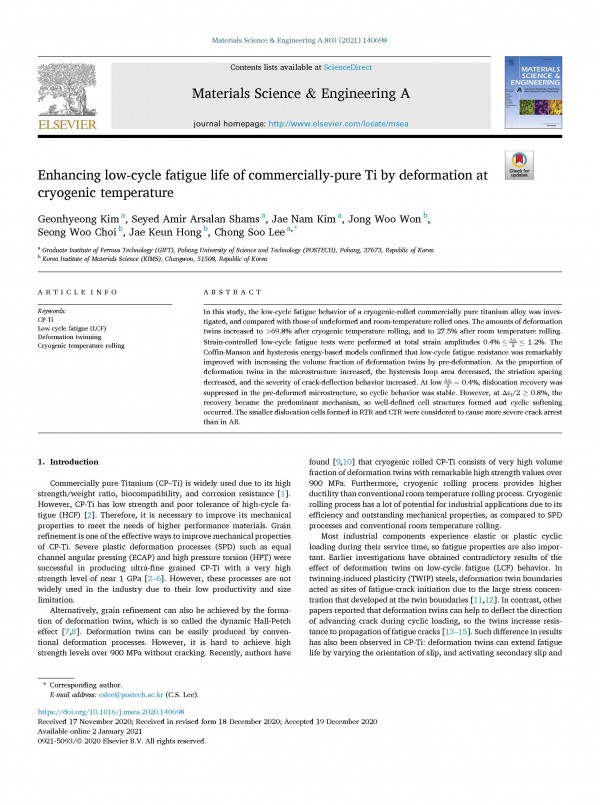 %≤Δεt2≤ 1.2%. The Coffin-Manson and hysteresis energy-based models confirmed that low-cycle fatigue resistance was remarkably improved with increasing the volume fraction of deformation twins by pre-deformation. As the proportion of deformation twins in the microstructure increased, the hysteresis loop area decreased, the striation spacing decreased, and the severity of crack-deflection behavior increased. At low Δεt2

= 0.4%, dislocation recovery was suppressed in the pre-deformed microstructure, so cyclic behavior was stable. However, at Δεt/2 ≥ 0.8%, the recovery became the predominant mechanism, so well-defined cell structures formed and cyclic softening occurred. The smaller dislocation cells formed in RTR and CTR were considered to cause more severe crack arrest than in AR.