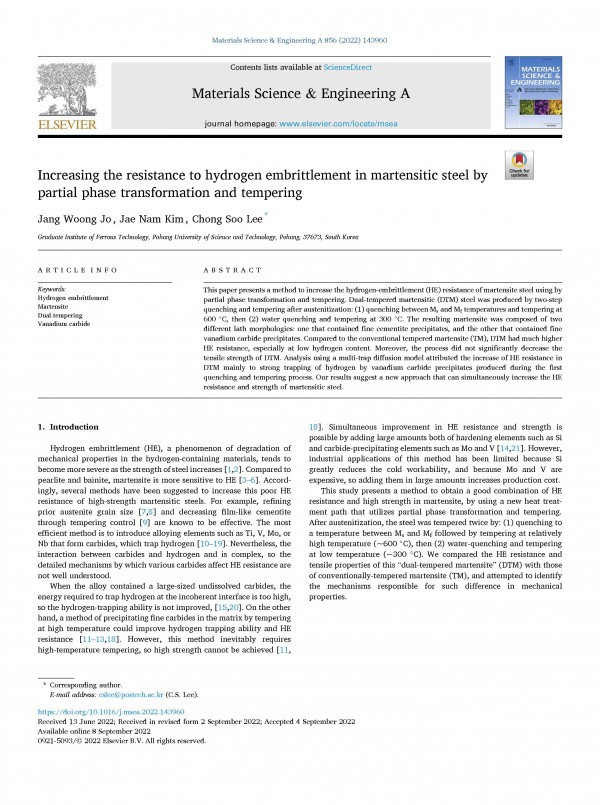 This paper presents a method to increase the hydrogen-embrittlement (HE) resistance of martensite steel using by partial phase transformation and tempering. Dual-tempered martensitic (DTM) steel was produced by two-step quenching and tempering after austenitization: (1) quenching between Ms and Mf temperatures and tempering at 600 ◦C, then (2) water quenching and tempering at 300 ◦C. The resulting martensite was composed of two different lath morphologies: one that contained fine cementite precipitates, and the other that contained fine vanadium carbide precipitates. Compared to the conventional tempered martensite (TM), DTM had much higher HE resistance, especially at low hydrogen content. Moreover, the process did not significantly decrease the tensile strength of DTM. Analysis using a multi-trap diffusion model attributed the increase of HE resistance in DTM mainly to strong trapping of hydrogen by vanadium carbide precipitates produced during the first quenching and tempering process. Our results suggest a new approach that can simultaneously increase the HE resistance and strength of martensitic steel.