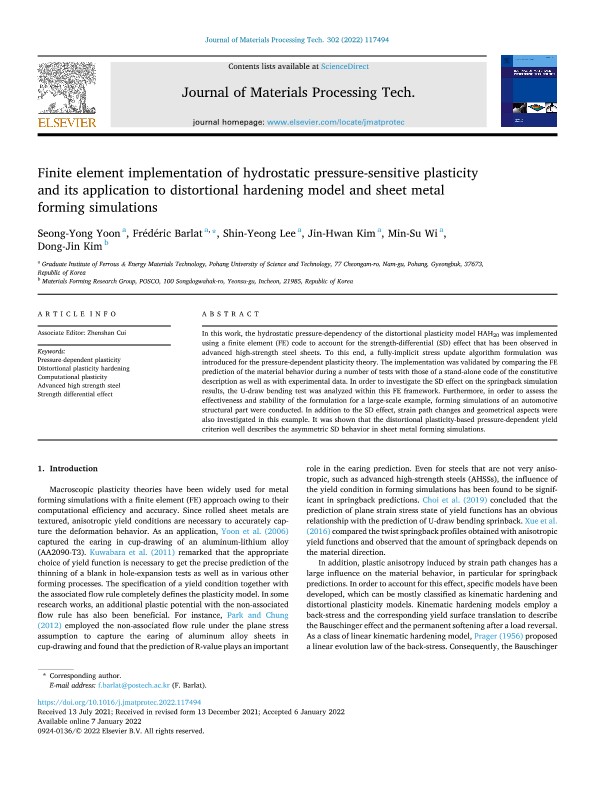 In this work, the hydrostatic pressure-dependency of the distortional plasticity model HAH20 was implemented using a finite element (FE) code to account for the strength-differential (SD) effect that has been observed in advanced high-strength steel sheets. To this end, a fully-implicit stress update algorithm formulation was introduced for the pressure-dependent plasticity theory. The implementation was validated by comparing the FE prediction of the material behavior during a number of tests with those of a stand-alone code of the constitutive description as well as with experimental data. In order to investigate the SD effect on the springback simulation results, the U-draw bending test was analyzed within this FE framework. Furthermore, in order to assess the effectiveness and stability of the formulation for a large-scale example, forming simulations of an automotive structural part were conducted. In addition to the SD effect, strain path changes and geometrical aspects were also investigated in this example. It was shown that the distortional plasticity-based pressure-dependent yield criterion well describes the asymmetric SD behavior in sheet metal forming simulations.